“The Aloha State” became the 50th state in 1959, but the history of Hawaii goes back centuries earlier. Roughly 1,500 years ago, Polynesians from the Marquesas Islands first set foot on Hawaii Island. With only the stars to guide them, they miraculously sailed over 2000 miles in canoes to migrate to the Islands.

500 years later, settlers from Tahiti arrived, bringing their beliefs in gods and demi-gods and instituting a strict social hierarchy based on a kapu (taboo) system. Hawaiian culture flourished over the centuries, giving rise to the art of the hula and the sport of surfing, but land division conflicts between ruling chieftains were common.

In 1778, Captain James Cook, landed on Kauai at Waimea Bay. Naming the archipelago the “Sandwich Islands” in honor of the Earl of Sandwich, Cook opened the doors to the west. Cook was killed only a year later in Kealakekua Bay on Hawaii Island.

In 1791, North Kohala born Kamehameha united the warring factions of Hawaii Island and went on to unify all of the Hawaiian Islands into one royal kingdom in 1810. In 1819, less than a year after King Kamehameha’s death, his son, Liholiho, abolished the ancient kapu system.

In 1820, the first Protestant missionaries arrived on Hawaii Island filling the void left after the end of the kapu system. Hawaii became a port for seamen, traders and whalers. The whaling industry boom flourished in Lahaina Harbor in Maui. Throughout these years of growth, western disease took a heavy toll on the Native Hawaiian population.

Western influence continued to grow and in 1893, American Colonists who controlled much of Hawaii’s economy overthrew the Hawaiian Kingdom in a peaceful, yet still controversial coup. In 1898, Hawaii became a territory of the United States.

In the 20th century, sugar and pineapple plantations fueled Hawaii’s economy bringing an influx of Japanese, Chinese, Filipino and Portuguese immigrants. Lanai, under the leadership of James Dole, became known as the “Pineapple Island,” after becoming the world’s leading exporter of pineapple. This mix of immigrant ethnicity is what makes Hawaii’s population so diverse today.

On December 7, 1941, the Japanese launched a surprise attack on Pearl Harbor on Oahu. Four years later, on September 2, 1945, Japan signed its unconditional surrender on the USS Battleship Missouri, which still rests in Pearl Harbor today. In 1959, Hawaii became the 50th State of the United States. Today, Hawaii is a global gathering place for visitors to share in the spirit of aloha. Beyond the sun and surf of the islands, we urge you to discover the rich cultural history of Hawaii to add even more depth to your visit. 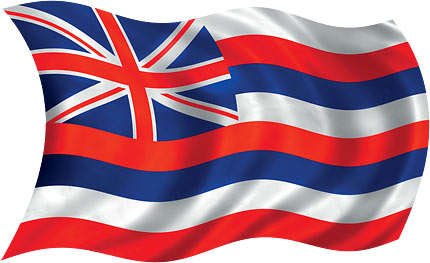